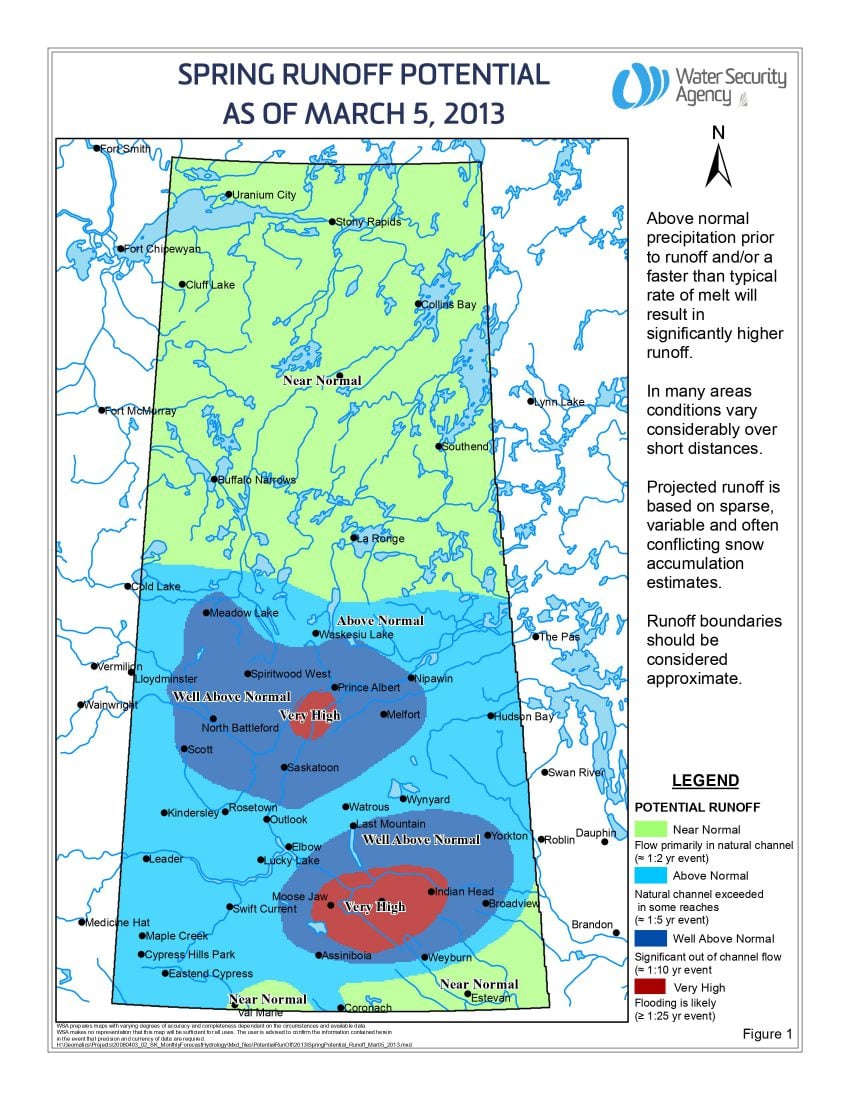 Whenever there has been a November with lots of snow, it seems the old adage is we typically have a snowy winter, and this winter proved correct.

With a record amount of snow in November of 60 centimeters or (23 inches), the precipitation continued until Regina set a new record of 196.4 cm or over 6 1/2 feet of snow just after the last snowfall of March 18th.

The long-term record for snowfall in Regina, recorded in the winter of 1955-56 at the weather observation station at the Regina Airport, was 194.6 cm – just over 6½ feet.

Environment Canada senior climatologist David Phillips said on Monday March 18th, that there is still more snow to come. Normally, these last few days of March could result in another 8.3 cm plus April of 8.0 cm and May of 3.0 cm of snow accumulation in the Queen City.

That could mean serious flooding, a possibility that the provincial government addressed last week when its Water Security Agency released its March Runoff Report . Given the amount of snow on the ground, it warned there is a danger of serious flooding in the Qu’Appelle River/Wascana Creek watershed between Moose Jaw, Regina and the Indian Head area, plus in the South Saskatchewan River watershed between Saskatoon and Prince Albert.

The good news is that Spring will undoubtedly arrive. The bad news is that according to the Weather Network it would take about 21 days of temperatures not dropping below 0 celcius at night to melt all the snow that is currently on the streets and yards of Regina.

The water that flows through the four sub watersheds that comprise WUQWATR are in Treaty 4 and Treaty 6 Territories, and the homeland of the Métis Nation.

We pay our respects to the water, and the First Nations and Métis Ancestors, and reaffirm our relationship with one another.